Akass Group is extremely committed in delivering GOLD STANDARD EXPERT services to all of our local and international clients, in order for our clients to be free from nerve - racking problems, stress, tension, pressure, headaches. anxiety and worry.

In Akass Competitive Conflict, Dispute Settlement Negotiation and Problem Solving procedure, you shall retain control over how the matter will be resolved and you and the other parties in the conflict make the decisions.

SETTLEMENT IS GUARANTEED AND PREDICTABLE

If you’ve ever seen the trials in television shows or movies, you know that the two sides, the Plaintiff and Defendant, argue their respective cases before a Judge and Jury.

The Jury and Judges make the decisions on the merits of the two sides. The decisions aren’t guaranteed or expected and predictable.

If you opt to settle it Out of Court, Akass Competitive Conflict, Dispute Settlement Negotiation and Problem Solving Specialists will be on your side to hammer out the agreement. Once you feel comfortable making an Agreement Out of Court, no one else is involved.

The Settlement is thus GUARANTEED and PREDICTABLE because it isn’t up to a Jury and Judge to decide.

SETTLEMENTS ARE MADE AND RECEIVED MORE SWIFTLY

In an era when it may take as long as a year to get a Court Date, and multiple years if a case is Appealed, the Negotiation Alternative often provides a more timely way of resolving conflicts. When parties want to get on with business or their lives, Negotiation may be desirable as a means of producing fast results.

Court Cases can take months to wind through the Court System. Some cases takes several years due to the volume of cases being filed in on daily basis.

Even if a case is decided in your favor, there is a possibility of Appeal. Appeals can also take a very long time.

The next result is, Defendants can wait a long time for a Settlement To Be Final.

GUILT IS NOT AN ELEMENT

Trials must assess Guilt or Innocence. But in Out-of-Court Settlements, Guilt is not a Factor.Why?

Because neither the Plaintiff nor Defendant admits to WRONGDOING in a Settlement. They simply agree with, and sign, the Settlement itself.

HIGHER DEGREE OF CONTROL AND CONFIDENCE OF OUTCOME

Akass Competitive Conflict, Dispute Settlement Negotiation and Problem Solving Specialists who negotiate your Settlements have more control over the outcome of your dispute.

Gains are more predictable in a Negotiated Settlement than they would be if a case is arbitrated or adjudicated.

Settling Out of Court gives both parties control over the outcome of the case.

Unlike trials, Settlements are not able to be Appealed or Reviewed in the Courts, so accepting a Settlement Offer closes the case.

In a Negotiated Settlement, the Plaintiff accepts a sum of money offered by the Defendant.

In exchange, the Plaintiff agrees to release the Defendant from all liability.

The case never reaches a Courthouse, Judge or Jury.

Negotiated Settlement also Guarantees an Award of Damages for the Plaintiff by avoiding the uncertainty.

While it’s true that a Plaintiff may collect a windfall at trial, putting your case in front of a Jury also allows for the possibility of collecting nothing or very little.

For example, the Court may return a Damage Award less than a potential Settlement Offer or find that the Defendant was not negligent.

Unfortunately, it is nearly Impossible To Predict How The Court Is Going To Decide A Particular Case. Avoiding this uncertainty through Settlement gives both sides peace of mind and the ability to negotiate an amount with which both sides can agree.

MUCH SHORTER DURATION OF TIME

Solving and Settling is also likely to bring about a much faster solution to your case than going to trial.

Court cases can take several years to resolve in Court, with the trial itself lasting up to months. At the end of the trial, however, the verdict may be Appealed, which may extend the time frame even longer.

A Party Appeals because they believe an Error of Law was committed in overseeing the case. Further, if a Plaintiff wins at trial, it could take an additional 1-2 years before he or she receives their Damages Award.

On the other hand, once a Settlement is reached, the Plaintiff will typically receive compensation within a few weeks.

Another danger of filing suit is that if the Defendant Appeals and the Appeals Court finds there was indeed an Error of Law , the case could be sent back to the Trial Court for a New Trial, which adds on even more time to the process.

Conversely, a Settlement can be reached at any point, even prior to the filing of a lawsuit. Settling may also reduce or completely eliminate the need for depositions, a lengthy discovery phase in which documents are exchanged between the parties, or trial preparation – all of which are stressful, lengthy and costly processes.

STRESS AND ANXIETY CAN BE ALMOST NONE

The trial process can be Stressful. Some people get Nervous or Anxious when they have to Testify in Court. Others find the idea that there is an ongoing process very Anxiety-Provoking.

With Akass’s Out of Court Settlement, by contrast, you don’t have to appear in Court, and the process may have more input from Plaintiffs.

In addition to avoiding the Stress of leaving your case in the hands of a Jury, settling Out of Court will likely produce significantly less Stress in general.

If you proceed to Trial, you will likely be expected to testify, where you will tell your side to the Judge and Jury. This process opens you up to Cross-Examination, which could lead to information being revealed that could hurt your case.

Other witnesses and experts from both sides will also take the stand. Knowing that their testimony has an impact on your case and that you have no control over what they say may add to the Stress of a Trial.

As stated above, Trials usually last for weeks or even months, and it will likely be difficult for most people to take such a long time off from work, as you will likely be expected to be in the Courtroom throughout the entirety of the Trial.

Another thing to consider is that Trials are Public Record, meaning anyone can look at the Court Documents once the case is over.

Settlement Negotiations are not public record, and the final documents may include a Confidentiality Clause.

Knowing there will be a certain degree of privacy surrounding your Case is likely to reduce Stress as well.

Many conflicts occur in the context of relationships that will continue over future years. A negotiated settlement that addresses all parties' interests can often preserve a working relationship in ways that would not be possible in a win/lose decision-making procedure.

Negotiation can also make the termination of a relationship more amicable.

Parties who have reached their own Agreement in Negotiation are also generally more likely to follow through and comply with its terms than those whose resolution has been imposed by a Third Party Decision-Maker.

Parties are generally more satisfied with solutions that have been mutually agreed upon, as opposed to solutions that are imposed by a Third Party Decision-Maker.

Negotiation is generally less expensive when contrasted to the expense of Litigation or Other Forms of Fighting.

Negotiated Settlements are able to address both legal and extra-legal issues. Negotiated Agreements often cover procedural and psychological issues that are not necessarily susceptible to legal determination. The parties can tailor their settlement to their particular situation.

Parties who negotiate their differences are able to attend to the fine details of implementation. Negotiated Agreements can include specially tailored procedures for how the decisions will be carried out. This fact often enhances the likelihood that parties will actually comply with the Terms of the Settlement.

CONTRACTS AND PLEDGE THAT ARE BETTER THAN SIMPLE COMPROMISES OUTCOMES

Interest-based Negotiated Negotiations can result in Settlements that are more satisfactory to all parties than simple Compromise Decisions.

COMMITMENT THAT HOLD UP OVER TIME

Negotiated Settlements tend to hold up over time, and if a later conflict results, the parties are more likely to utilize a cooperative forum of problem-solving to resolve their differences than to pursue an adversarial approach.

MASTERS in OUT OF COURT SETTLEMENTS & PROBLEM SOLVING

The expert hand,
with the human touch

WE SOLVE YOUR MOST TOUGHEST CONFLICT & DISPUTE DEALS IN THE WORLD

Akass International Conflict, Dispute Settlement Negotiation and Problem Solving Experts will assist you to settle your Conflicts without involving lawyers and large sums of money and you can take the path to avoid the COURTROOM.

Akass Competitive Conflict, Dispute Settlement Negotiation and Problem Solving Experts recognize the severe impact that may arise if sensitive, confidential information is made publicly available, and are familiar with the most effective strategies to contain and resolve such matters as quickly as possible for our clients.

GET REPRESENTATION FROM A QUALIFIED FIRM

If you have a problem which needs a dedicated and inventive team with a highly pragmatic approach contact Akass International Conflict, Dispute Settlement Negotiation and Problem Solving Experts for a preliminary confidential consultation and discussion.

Please contact us for advice on how to obtain the best results negotiating on your behalf.

HOW CAN WE HELP? 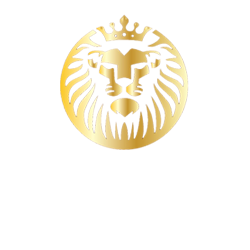